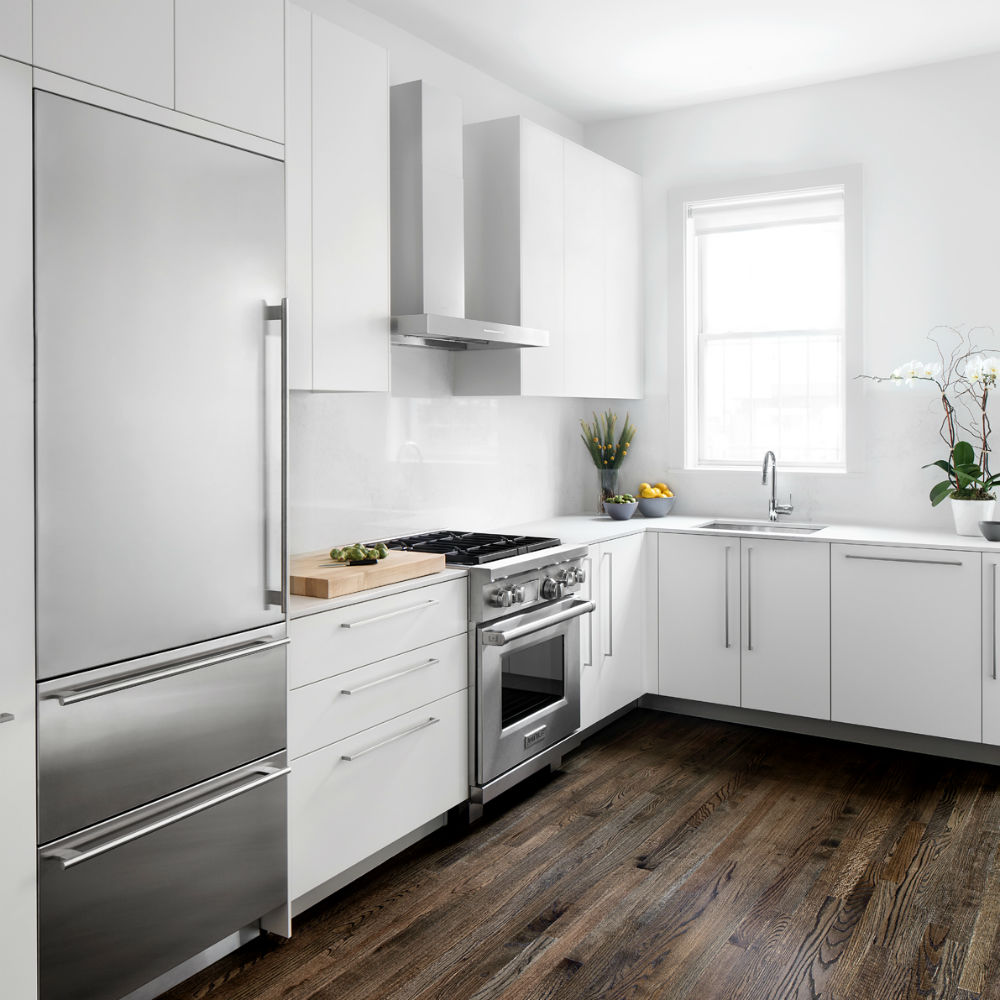 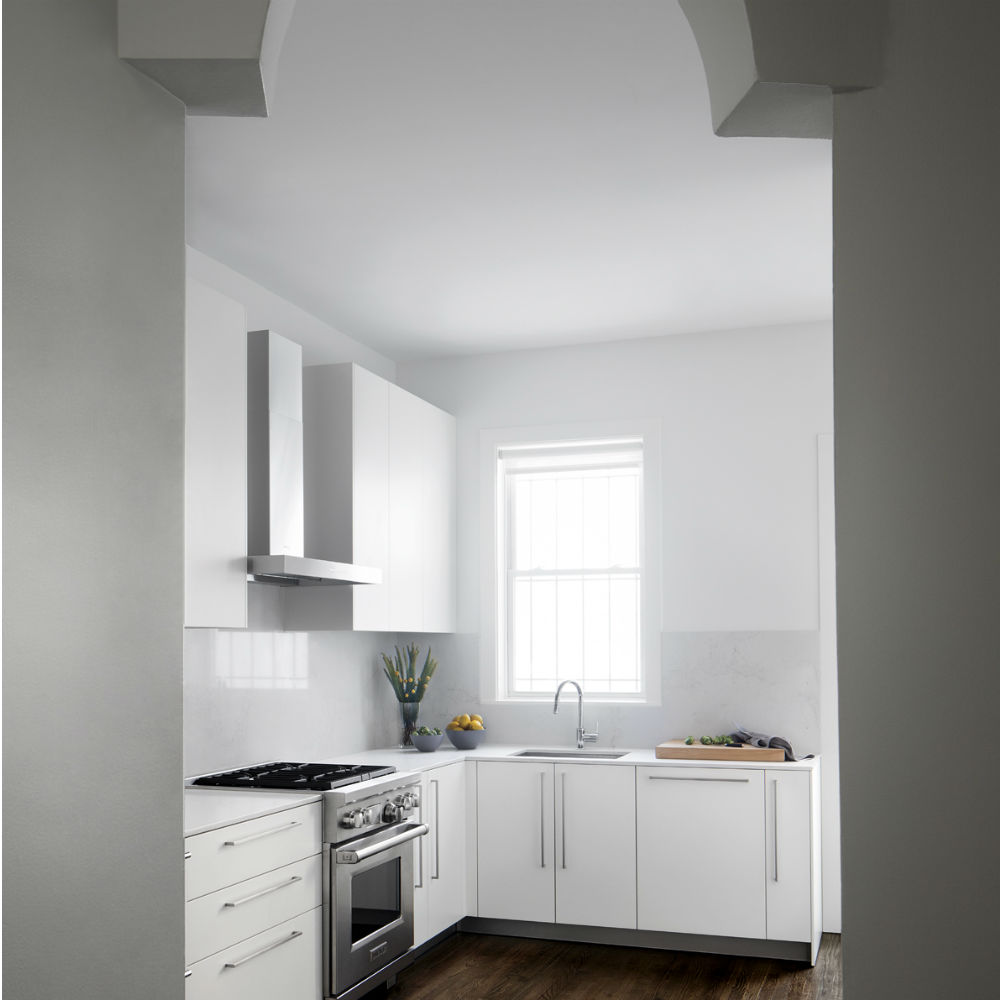 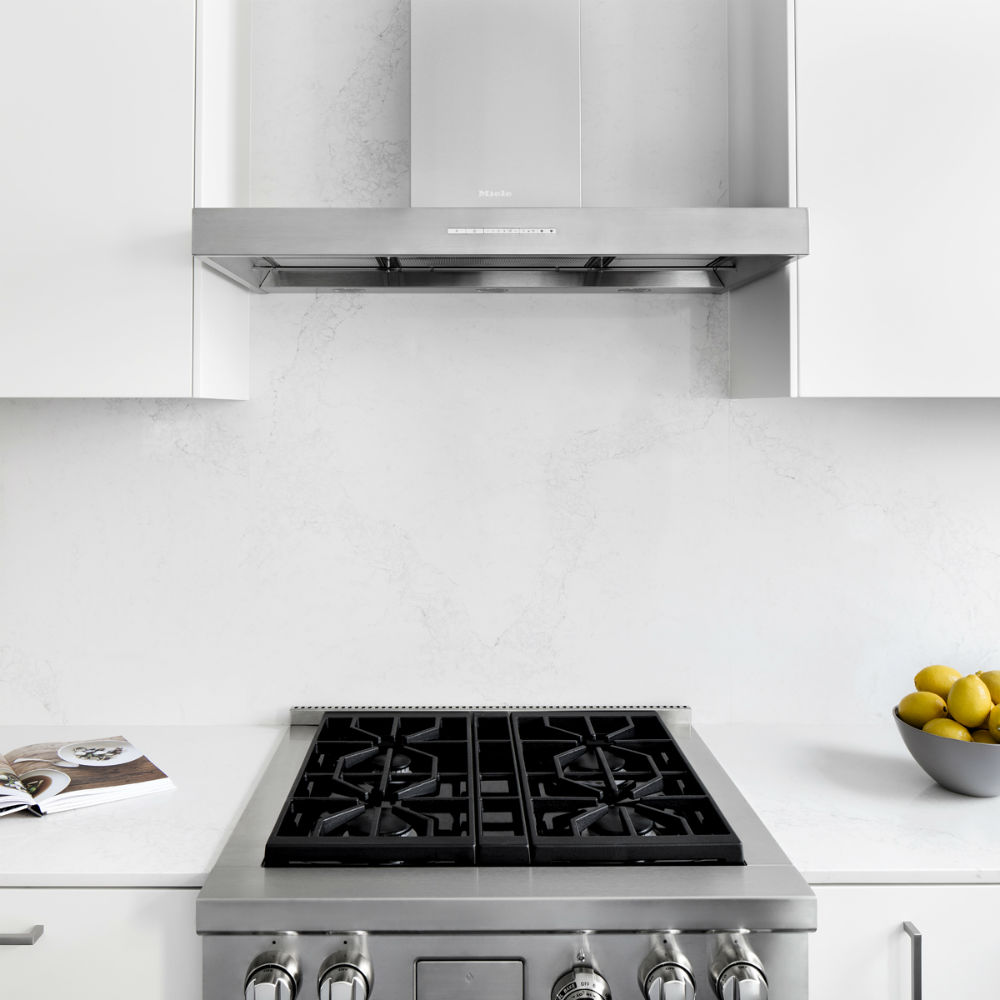 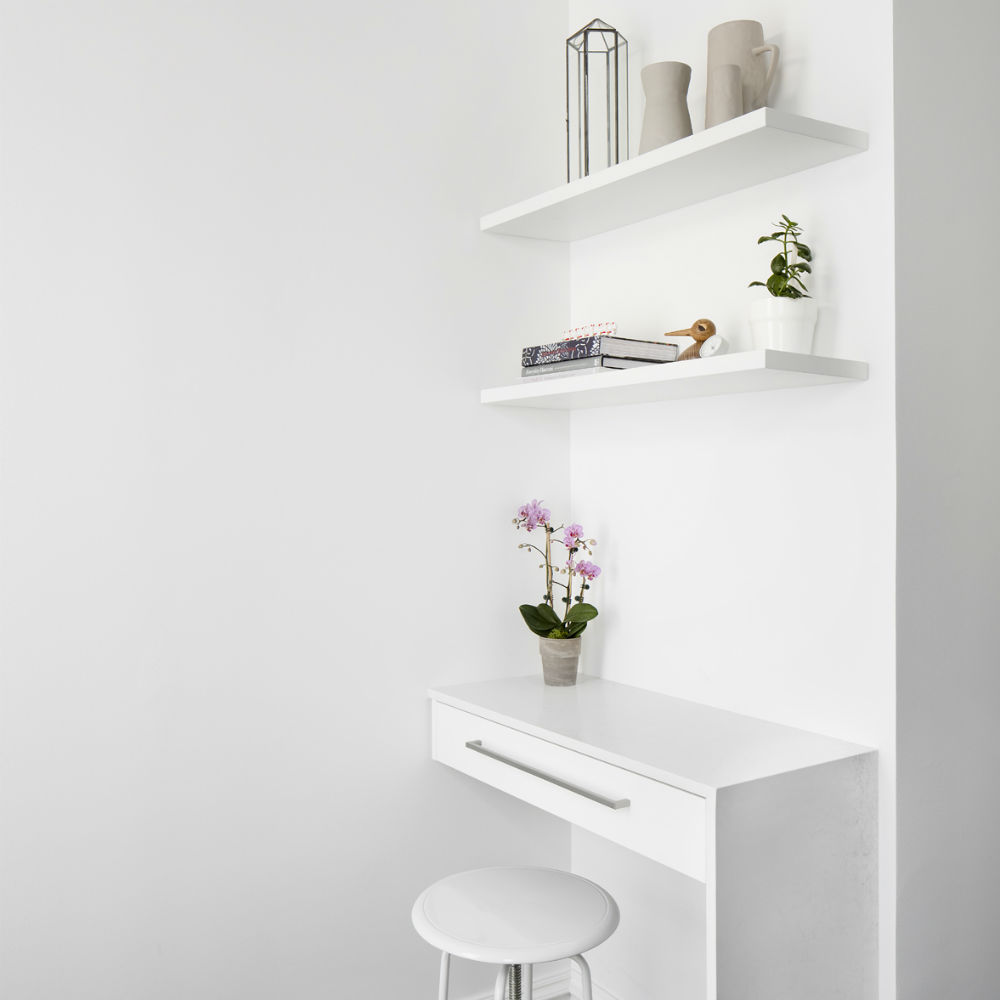 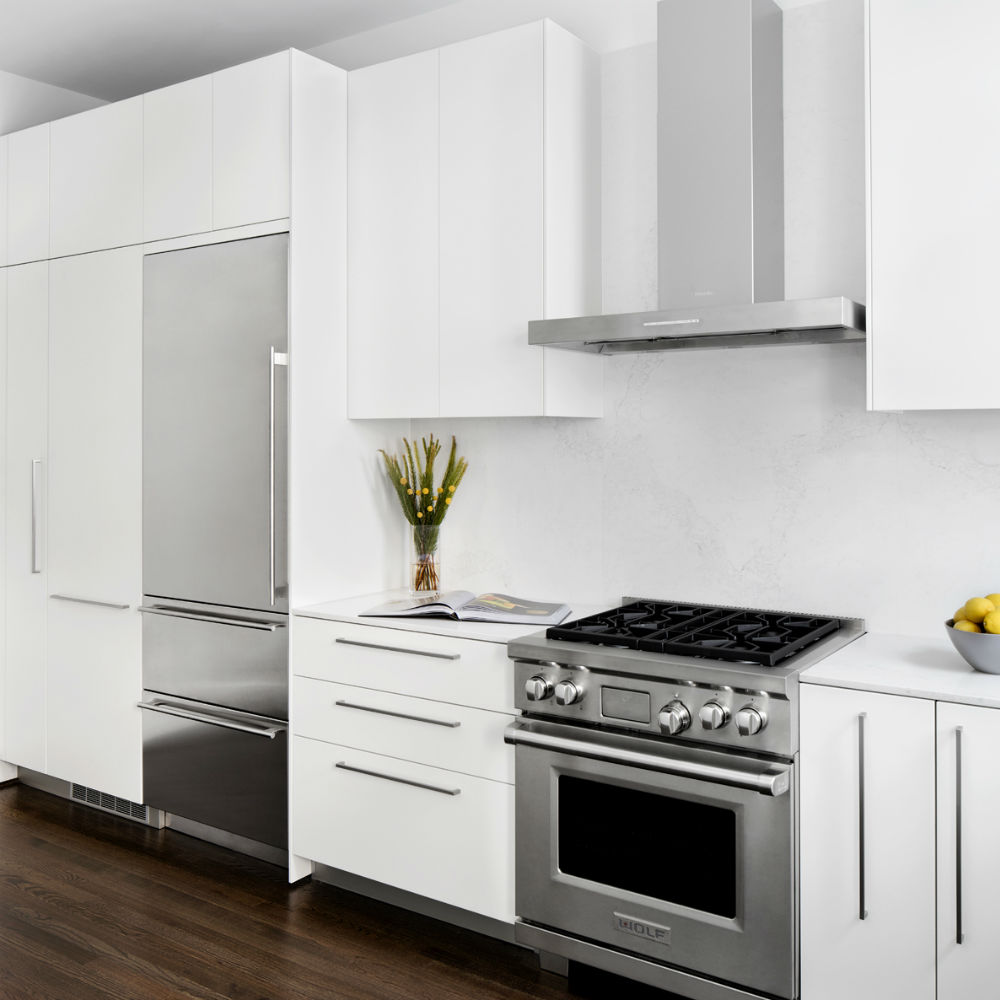 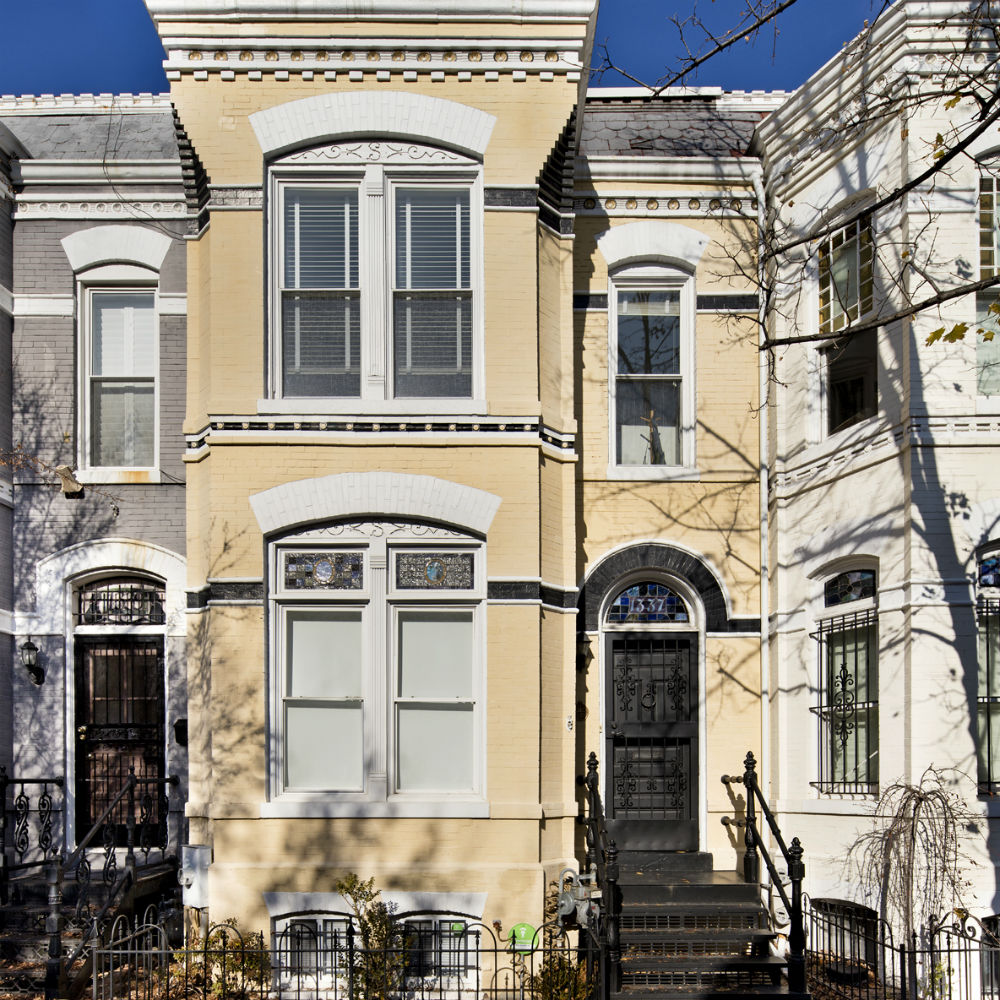 There is something about old houses that captivates us. Despite their captivating histories and stories hidden in those walls, homes unfortunately do not age gracefully. Designer Shawna Dillon of Washington, D.C.-based Snaidero DC Metro is well acquainted with this problem, particularly with a recent project in her area.

“This charming 100-year-old Victorian had all the quaint architectural details you would want, but since kitchens were held in a different regard at that time, the space had not been addressed appropriately to function as an integral part of the home,” Dillon said. “It felt very much like an afterthought.”

Age Issues
Careless renovations over the years left a large refrigerator hindering access to the back door, which served as the main access into the kitchen. The workspace was cramped, and the range was too close to the main sink. This created an unusable corner and limited counter space where clients needed it most. Since the room was long and narrow, navigation through the space was tight. This was partly because of a large peninsula positioned awkwardly in the kitchen.

“We knew that peninsula had to go, which would lead to additional work to the wood floors,” said the designer.

There was also a small window on the main wall, which faced an alley. The clients agreed to brick in the window, allowing the design team to maximize the wall space.

“Once the window was eliminated, the wall immediately transformed into something way more functional,” said Dillon, adding that the refrigerator now sits in front of where the window once was. “We could then move the range further down, which would open up more counter and storage space.”

The kitchen was still long and narrow, and since they could not physically expand the space, Dillon raised the wall cabinets, allowing for a slightly taller backsplash for the idea of more space. She also added a small desk area for seating.

White and Warm
“My main design goal is always to create an end product that looks stunning while improving the way the kitchen functions for the client,” said Dillon, adding that the clients enjoyed cooking and needed the kitchen to have more accessible storage.

The homeowners were creative professionals and craved a modern, all-white space. While Dillon appreciated the desire for the classic white kitchen, she wanted to make sure the end result did not appear clinical. Instead, she suggested a slightly warmer white for the cabinet finish and a white Ceasarstone countertop with some veining to add depth and character to the room. The dark hardwood flooring also warms the space.

“My favorite part of the design is that the kitchen maximizes efficiency on all levels: storage, workspace, cooking and navigation,” said Dillon. “Not once did the client, nor the design, have to sacrifice form over function. There is a perfect harmony between the utilitarian and the aesthetic requirements of this kitchen.”